Starr Brown
Musician
Where are you from? I was born and raised in Illinois.

Why do you serve at Trinity?
About 2005, when I accompanied the local community chorus, the director asked if I could fill in at the church where she also led the choir, and I agreed. After three or four months it became apparent the organist was not planning to return, so I was asked if I wanted the job. Not wanting to leave my own church or be committed to weekly rehearsals and Sunday morning services, I declined. Two years later the position was again open, and this time I accepted because it felt right. I would say the Holy Spirit provided this opportunity to use my gifts of music to accompany singers, to choose pieces for preludes and postludes that will speak to listeners and help them worship, and to help worship services run smoothly. This is my ministry.

What I like Most about Working at Trinity The people at Trinity are very friendly and appreciative, not only the choir members with whom I spend the most time, but also other congregants. I like the variety of music used.

What do you like to do when you aren't at Trinity? Hobbies include reading mysteries and memoirs, quilting, knitting socks, making family scrapbooks, and researching family history.

Meng Chester
Childrens room assistant
Where are you from? China

What I like most about working at Trinity Everyone is so welcoming and loving.

What do you like to do when you aren't at Trinity? I have attempted to break the record of longest naps one can take numerous times, yet to achieve - will keep trying. I also enjoy farmers markets. 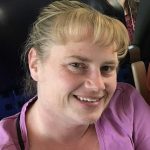 Where are you from? Alameda

Why do you serve at Trinity?
When I decided to take a break from teaching preschool when my son went to Kindergarten, a friend told me that her church was looking for someone in the office. I decided to give it a try. The hours were flexible which filled my need to be available to work around my son's school schedule and allowed me to volunteer in his classroom as often as I could. The people of Trinity welcomed me with open arms and open hearts and along the way, I discovered how truly special Trinity is. As a result of their love and care for me and my family, we became members. I have been working for Trinity for more than 14 years and can not imagine my life without Trinity!

What I like most about working at Trinity I most enjoy the community of people who are part of Trinity. I love being able to work alongside of and for them in many areas. I enjoy the connections that I make with each of them on different levels, and I love and appreciate how kind and generous Trinity is at its core.

What do you like to do when you aren't at Trinity? Any and all things with the kids who are a part of my life; read; cook; weekend getaways with my husband; any and all things craft related; coffee dates with friends; throwing parties/dinner parties.

Ondine Young is a violin/violist, musical director, and educator who works with many organizations in the San Francisco Bay Area. She earned a doctoral degree from the University of Southern California in choral conducting and early music performance.

Ondine co-founded “Tea, Talks, and Treasures” at the Pacific Boychoir Academy. She is on the board of directors at Dandelion Dance Theater and Winds Across the Bay. Her past roles include teaching and conducting for the ECYS/Golden State Youth Orchestra, Marin/Oakland School for the Arts, Sound Minds/California Symphony, Bentley School, Stern Grove, and the Carmel Bach Festival. She has also conducted the San Francisco Boys' and Girls' Chorus as well as the Kairos Youth Choir. 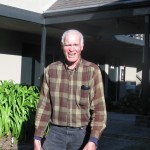